To this day, Marilyn Monroe is still considered a classic beauty icon. Her photogenic smile continues to captivate people, young and old. At the end of her teens, she had already started a successful career as a model prior to becoming a Hollywood legend. 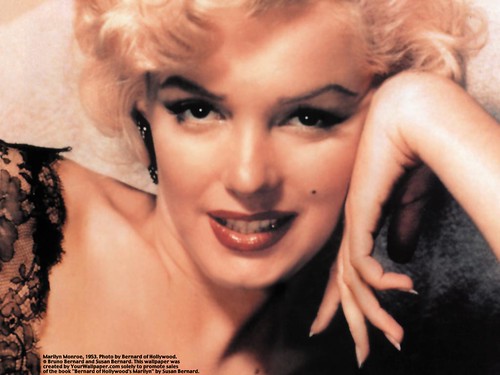 Marilyn had always been considered a natural beauty. But many people speculated that she had undergone a chin augmentation as a finalizing touch which rendered one of the most glamorous faces in the world.  This seemed to be evident from before and after photos taken from the profile view. But whether or not the starlet had a chin implant remained uncertain.

In October of this year, the doctor who performed the surgery publicly revealed Marilyn Monroe’s X-Ray photos for the very first time. These images confirmed public suspicions that the Los Angeles born celebrity did enhance the shape and projection of her chin. The X-rays, along with the physician’s own hand written notes taken in 1958 will be up for auction. Julian’s Auctions in Beverly Hills believes they will be sold for $15,000-$30,000.

Chin augmentation has become one of the most popular procedures today, with demand continuing to be strong. Therefore, some may find it surprising that this type of surgery was being performed in the 1950’s.

Marilyn’s doctor, Michael Gurdin MD, used a cartilage implant to enhance her profile in the year, 1950.  However,  eight years later he later observed that it appeared to have slowly dissolved. The surgery was reported by his partner, Norman Leaf who included it in a memoir in 2010.

Today’s Surgical Chin Augmentation And How It Is Done

There are many people who feel self conscious about having a small or receding chin. This  tends to undermine the attractiveness of the profile. And with today’s online digital technology where people’s images are being captured more frequently at every angle, there is a higher awareness of how one looks from the side view.

Therefore, having a stronger projecting jaw can create more visual balance between the nose and the chin.  Instead of using cartilage , today’s surgeons use plastic implants. These are typically inserted under the tongue or under the chin, below the mandible.

When Is A Non-Surgical Chin Enhancement A Better Choice?

For those who want a stronger chin projection but feel that surgery is an extreme measure, fillers can be used to achieve a similar effect.

One type of injection is known as Radiesse which is offered here at Fine Touch Dermatology. This filler is made of calcium hydroxyapatite particles suspended in a gel. When this is injected into the skin, the particles will arrange themselves to match the firmness of the surrounding tissue.  This is why Radiesse is useful for improving structural contours on the face,   including the chin.

The filler mass acts as an implant does. And the process is minimally invasive. Although the results last about eighteen months, patients do not have to commit to a permanent implant that may or may not be completely ideal for their face.